Apple shines in the last quarter of 2011 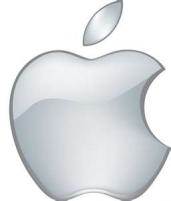 Apple recently reported their figures for the first quarter after the death of their co-founder and visionary leader Steve Jobs. The released results for 2011, astonished even the most optimistic forecasters, hitting new sales and profit records.

The California based tech giant demonstrated one of the most profitable quarters for a U.S corporation in history, also breaking the industry record for smartphone sales in 2011. With a profit of $13.1 billion and revenue of $46.3 billion in the last quarter, Apple outperformed the likes of Google, Samsung and many others. Sales rose 73% during the quarter ended in December, up from $26.7 billion a year earlier. Profits more than doubled to $13.87 per share, up from $6.43 a share a year ago.

The runaway holiday demand for iPhones and iPads was one of the key success factors for Apple in the last quarter of 2011. Although Apple sold 37 million iPhones and 15.4 million iPads during the quarter, company executives said that the numbers could have been even higher if the tech giant had been able to manufacture enough iPhones to meet extra demand.

Sales of the iPad were a large contributor to the last quarters success, more than doubling from the previous year’s quarter even as less expensive new competitors, such as Amazon’s Kindle Fire tablet, hit the market during the holiday season.

The figures shattered analysts’ projections, which estimated quarterly profits to hit around $9.6 billion. The performance also raises the bar for both Apple and its peers, setting new highs that may be tough to duplicate or sustain.