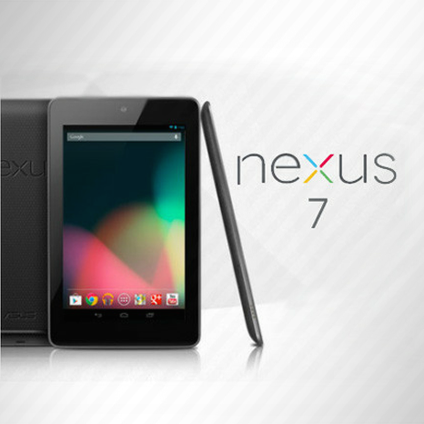 Hugo Barra, director of product management at Google, said the purpose of the tablet is to build a high-definition unit that shows off the best of graphics and gaming. Its price pitches it firmly against Amazon and other ebook readers, but it may also scoop those interested in trying a cheap tablet before investing in a larger system. It is plainly not designed to get Apple iPad users to switch, rather aiming to give Amazon’s Kindle Fire a run for their money.

Built by Asus, the Nexus 7 packs a quad-core Tegra 3 processor and a 12-core graphics processor with a 7-inch 1280 x 800 HD screen. The display resolution is a bump up from the PlayBook and Kindle Fire, and is sharp and bright. The device is running Android 4.1 Jelly Bean, which performs very quick when switching between screens and applications.

The introduction of the Nexus 7 is a clear sign of Google’s determination to evolve far beyond its roots in search and advertising, into a company that connects information of all kinds to people who want to use it in all kinds of ways. Although the iPad still has no strong competition, Google can definitely compete with Amazon’s Kindle Fire. And with this new device, it shows that the seven-inch tablet marketplace will be hyper-competitive in the foreseeable future.