UK leading the way in mobile data use 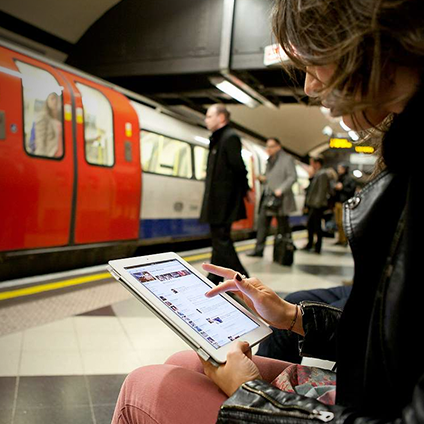 Recent research has shown that the UK is leading the world in mobile data use, with consumers downloading more data on their mobiles and tablets than any other nation. According to Ofcom’s International Communications Market Report, the average UK mobile connection consumed more 424MB of data. This was higher than any other major country and pushed Japan (392MB) into second place and the United States into sixth (319MB).

James Thickett, director of research at Ofcom, said: ‘Our research reveals that the UK leads the way in using the internet on the move. Increasingly, it’s mobile devices like smartphones and tablets that are driving this growing demand for data – and in the UK it seems to be social networking sites that are behind this in particular.’ This research clearly demonstrates that UK consumers are embracing mobile as a key access point for their content and commerce needs. It also illustrates that mobile is an essential platform for companies wishing to drive consumer engagement and monetise their goods, services and digital products.

Alongside the announcement, Ofcom has published new data on the UK’s communications infrastructure, which shows that 20 million Gigabytes of data is now being consumed in a month over the country’s mobile networks – more than twice as much as last year (9 million Gigabytes). That is the equivalent of downloading 5 billion music tracks.