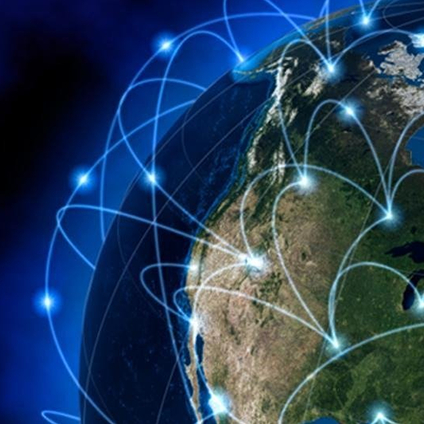 The below graphs gives you a look at the Top 10 countries in the world in terms of ‘Smartphone penetration’ who have a population of 6 mn or more. 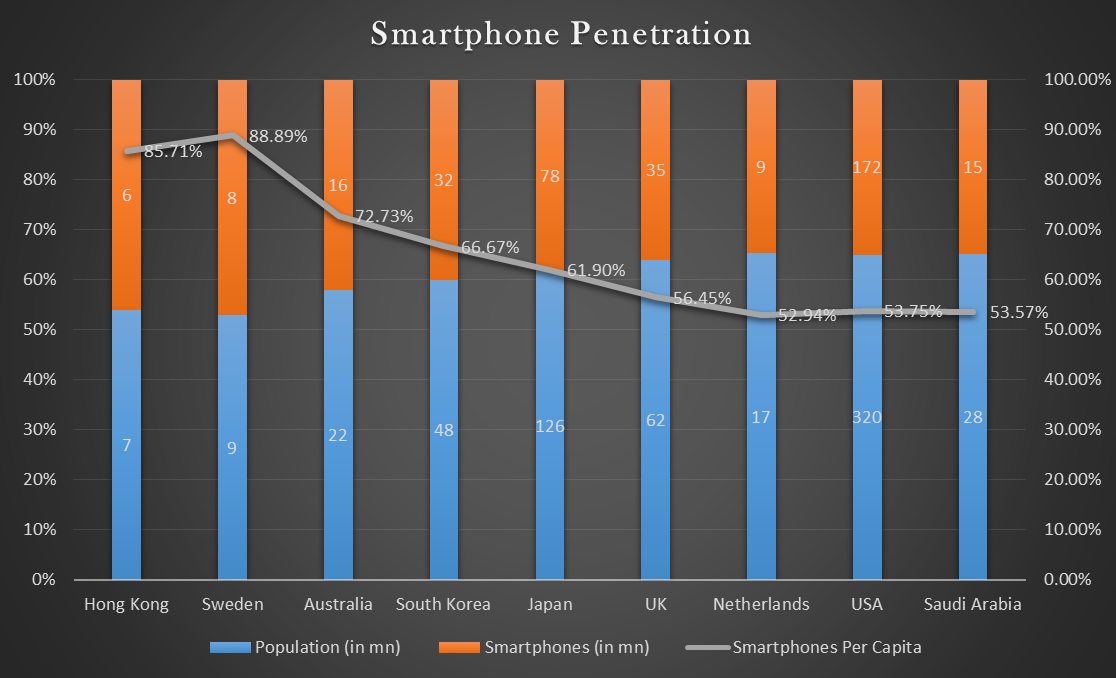 The Smartphone Population In 2013

Various research reports & studies have said that 2013 we will see atleast 1 bn new smartphones being sold. The pie chart below gives us an estimated regional split of the world smartphone market in 2013. 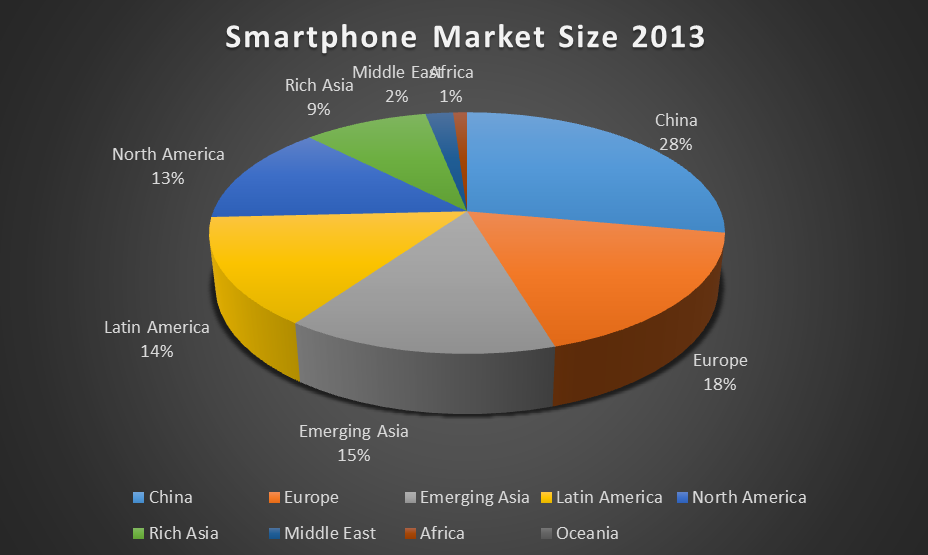 From the above pie chart we can clearly see that:

With such a boom in the world of smartphones, it’s only logical to say that mobile is not going to be the next big thing, it already is. We at Pocket App are here to help you achieve your goals by giving you the best and the most relevant solutions & provide you with some world class apps for your business.