Mobile Takes Over The World 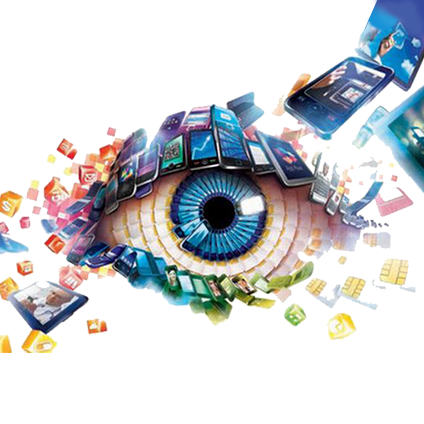 With the increasing number of smartphones sold each year and the emerging trend of tablets, the mobile eco system is experiencing one of the biggest shifts to take place in the world of technology.

The role of mobile technology is gradually becoming a bigger part of our lives than our PC’s. The number of smartphones sold globally is growing every year at a rapid pace  and with technologies constantly evolving it’s only getting better.

As a result of the constant flow of ever improving smartphones in to the market coupled with the increased usage of mobile telecommunications, mobile and tablets have taken the tech world by storm leaving the PC behind. 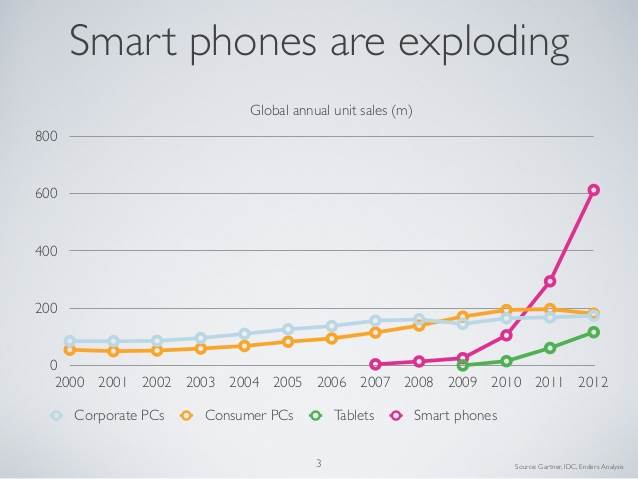 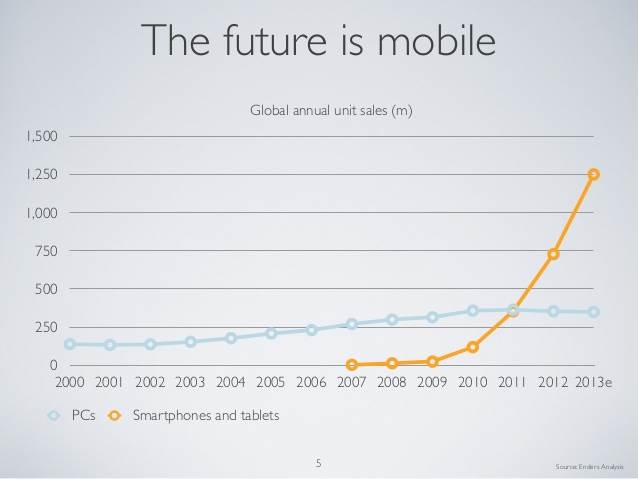 The graphs above gives a clear picture of how PCs for both personal and commercial use have experienced decline in growth in recent years. On the other hand, tablets have seen a major boost in sales since 2010. The most notable shift in sales comes from the emerging smartphone industry.  Since 2010, there has been phenomenal growth in the number of smartphones sold, with 600 million units being sold in 2012 alone. This number is forecasted to rise to 1,250 million in 2013.

The decline of PC usage compared with the popularity of tablets & smartphones continues to grow. Tablets no longer act as substitutes for PCs, but have now carved their own niche, with users utilising tablets for more mobile and ‘sofa-browsing’ activities. 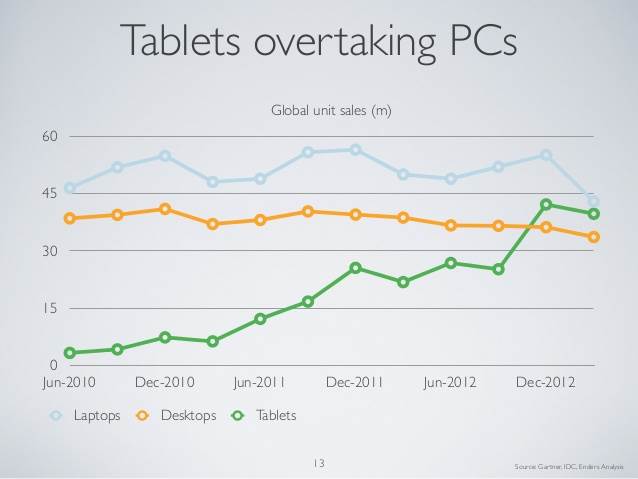 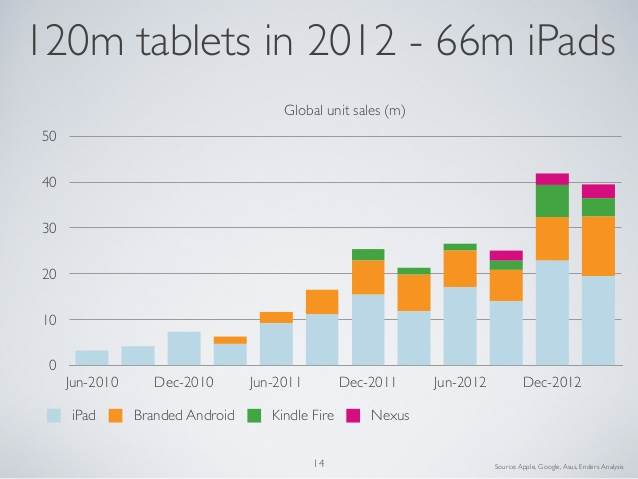 The current graphs indicate how tablets have gradually increased in sales to eventually overtake desktop sales in 2012. An interesting figure to consider is the number of laptops sold is only a fraction greater than the number of tablets sold in 2012, and looks to overtake laptop sales imminently. Around 120 million tablets were sold in 2012, almost double than in 2011.

With the increase of smartphone and tablet sales, there has never been a better time to develop a mobile application. We at Pocket App will help you develop and market your application be it on a smartphone or a tablet or both. So if you are considering developing a mobile application or would like further information on how mobile solutions may help you or your company then please drop us an email to info@pocketapp.co.uk and we will get back to you.