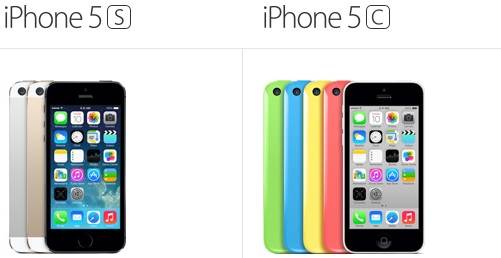 After months of speculations, rumours and leaked pictures, Apple yesterday finally unveiled not one but two brand new iPhones, the 5S and the economical 5C. With the launch of these phones along with iOS 7, Apple’s is focusing on regaining back its lost market share by targeting new segment of iPhone lovers with the 5C.

The 5S is the new flagship phone from Apple. An upgrade of sorts from the iPhone 5, the 5S will run on the A7 chip with 64-bit architecture and M7 motion processor. It also has a fingerprint sensor on its home button which gives it another level of security. Other than unlocking the phone it can also be used to make purchases through the appstore. The camera has also been seriously upgraded in the 5S. It comes with dual LED flash, a much bigger lens for better pictures, a burst mode as well as an option of slow motion HD recording. The 5S will be available in silver, gold & space grey.

The 5C is more or less similar to iPhone 5 with some changes. It will run on the A6 chip like the iPhone 5. It has the same camera but an upgraded HD Facetime camera. One very important change is the body of the phone, the 5S has a steel frame that’s coated in plastic. The C, according to Apple, stands for colour with the iPhone 5C  available in white, pink, yellow, blue & green.

One thing which is common in both the phones is the Operating System. Both the 5S & the 5C will run on iOS 7, which  according to Apple is the biggest thing to happen after the launch of the iPhone. With a host of new features and capabilities iOS7 will surely give application developers a chance to build even more amazing applications.

So if you are looking at building an application for iOS 7 or want to know how you can upgrade your application to make it work on iOS 7, then please write to us on ios@pocketapp.co.uk and we will get back to you.