Amazon, the biggest internet-based retailer within the United States, eliminates its Test Drive function which permits users to get a real-time preview of an application out there in Amazon Appstore earlier than purchasing them. The function was first launched in March 2011, concurrent to the existent of its appstore. Test Drive uses a browser form Android emulator powered by cloud technology which entitled users a full trial of an ‘application.

Many of the apps that offered TestDrive were mobile games, as those are generally the kinds of apps that consumers wanted to check out ahead of making a purchase. But game publishers these days tend to generate revenue through sales of virtual goods and other in-app purchases – not by offering their app as a paid download. That means that consumers who wanted to experience a game could simply download it for free on their mobile device and play it.

Because the feature wasn’t universally adopted by developers, consumers would often find that the apps they’d like to “test drive” weren’t supported. Other times, consumers weren’t even aware that such an option existed.

The feature was an innovative and interesting approach Amazon took for its time, while also helping the company’s then-recently launched Appstore stand out from its peers, like iTunes and Google Play. However, Amazon is expected to roll out new ways for users to experience apps, which may be just as innovative as TestDrive. 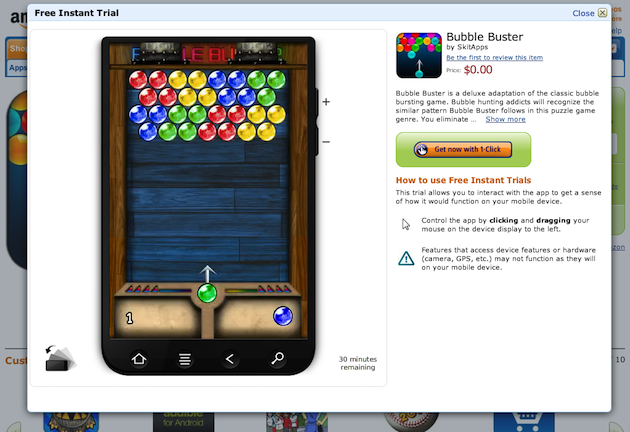