Facebook is the world’s biggest social network and will probably continue to be for some time. But the way Facebook is used is changing: gradually, it’s becoming a far more passive hub for online social interactions. Facebook is the most downloaded free app of all time for iPhone, with an average of 844 million mobile daily active users for June 2015. It continues to be the world’s largest social network by some margin, but when it comes to picking up new users, it appears to have reached a saturation point.

Lots of young people have decided Facebook isn’t cool anymore, and they’re abandoning it in droves. And because young people are often a leading indicator of what mass market consumers will eventually do. As Facebook seems to loose footing on its edge, other apps are swooping in to claim every bit of user traffic. Whether the decline in active users on Facebook will eventually result in a larger exodus will be seen with time, but it is likely that Facebook may succumb to the boom-bust cycle that seems to dominate the industry, as users begin to branch out and spend more time on other apps. 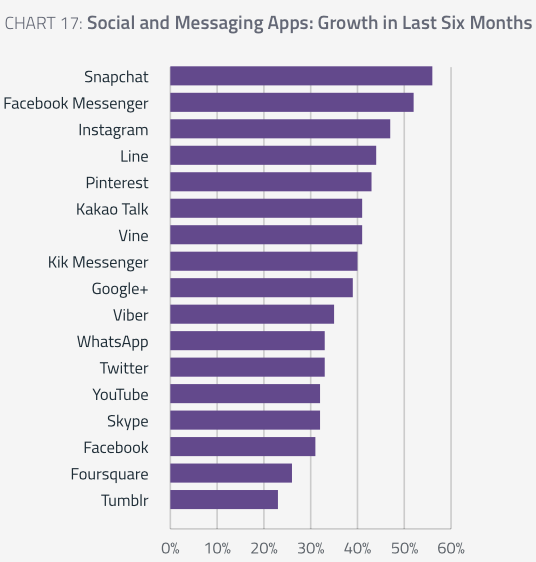 Tumblr’s active user base in the last six months grew by 120%, while Facebook’s grew by only 2%. And in overall member growth, Pinterest took the lead with 57% growth while Facebook’s member base grew by 6%. Instagram, LinkedIn, Twitter, YouTube and even Google+ all grew faster than Facebook. 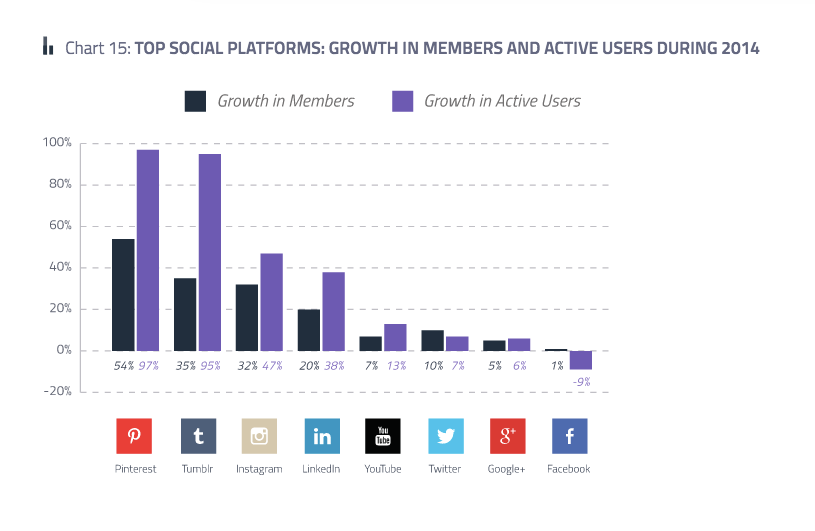 Facebook now adds only 1 million people per quarter, and that number itself is likely in decline. In fact, growth does not appear to be accelerating in any of Facebook’s user regions. Asia is healthiest – growth there remains steady. But we may never see Facebook add 50 million users in a quarter ever again.