The top five apps to make Glasto even better!

I have been lucky enough to go to Glastonbury Festival for the last three years and managed to get a ticket again for this year. Previous preparation for the festival has often included buying a £10 ‘disposable’ phone, as I was too scared to take my iPhone with me; a tactic that many festival-goers employ. However, you may find yourself feeling like you’ve stepped back into the early 2000’s, as crowds of people struggle without predictive text to punch their messages into a Nokia 3310 or Motorola Razor (if they’re feeling flash). There are two main benefits to taking an old phone; longer battery life, so you don’t have to worry about charging every day; and eliminating any fear of it being lost or stolen.

However, there are a several downsides; you have to get a replacement SIM card as the old phones aren’t compatible with micro SIMs; you then have to enter all your contacts again. You have to adapt to texting on a tiny screen; no camera; and you don’t have access to today’s vast array of apps.

So this year, I’ve decided to take my iPhone. And what a perfect year for it, as mobile network operator, EE, is building its strongest temporary 4G network yet and  providing free Wifi. As a result, I’ve been thinking about the five best apps that will make my  life at Glastonbury a hell of a lot easier: 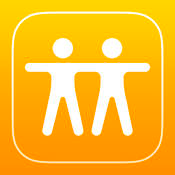 For anyone that has been to Glastonbury, or indeed any large festival, you will know that one of the biggest frustrations is losing your friends. Inevitably, groups will split as people want to catch different acts, but trying to find someone again amongst the 175,000 other festival-goers takes a military  level of organisation. Hard to pull off at the best of times, let alone halfway through the third day of beer and sleep deprivation.

So why not let your phone do the work? I’ll be using the app, Find My Friends, to keep track of everyone. It allows you to request a friend’s location via SMS or email, and then hey presto, you can see where they are and easily reconvene. 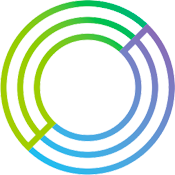 Another bug bear at festivals is owing people money. The bar queues are long and you don’t want to lose your spot in the crowd, so one unlucky friend goes to the bar whilst the others stay to keep the space. This can result in an awkward exchange of loose change or someone being out of pocket. Not this year! I’m going to use Circle Pay, the app that lets you conveniently transfer money via your smartphone. It’s really easy to set up; simply add your card details and then you can send or request money via SMS or email. No more ‘oh sorry mate, I don’t have any cash on me, I’ll get you one later.’ Plus, right now there is a competition to win £10,000, just by sending someone some money via the app. A win-win! 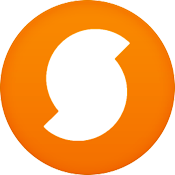 One of the great things about Glastonbury is that with the huge amount of artists playing across the festival, it’s the best place to discover new music. However, you see so many acts over the five days that you may forget a lot of them afterwards.

SoundHound to the rescue. Think of it as Shazam’s clever brother, as in a similar way, it can identify millions of songs just from a snippet. However, SoundHound stands out by allowing you to then add the song to a Spotify Playlist. So, you can create a playlist of all your favourite artists from the festival. Ideal! 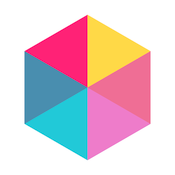 Glastonbury is such a unique, diverse and interesting place that it’s often hard to put your camera away. In previous years, I have brought disposable cameras to accompany my disposable phone, but not this year; I’ll be  using my iPhone for all photography. I also plan to use Merry Pixel, which cleverly collates all of your photos into albums by noting the location and time that they were taken. As such, the app will recognise all my photos from the festival and create a Glasto album. You can easily edit the album, delete duplicates and then share via Facebook, SMS, email or print.. 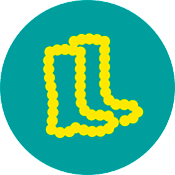 Lastly, the official EE Glastonbury app provides all the information you need so you don’t miss a thing. You can select all of the acts that you want to see and the app will plot them in a calendar so that you can plan your day effectively. You can also see a site map and more importantly, where you are, which is hugely useful. There’s also information on all of the performers, as well as news and general festival information, so you can say good-bye to tatty festival guides hanging from your sunburnt neck.

There you have it, five pretty good reasons to take your smartphone to Glastonbury. One question you will definitely be asking though, is ‘yes, brilliant, but what about my battery?’ I’m taking a portable battery pack with me that has enough power for nine full recharges (this cost about £30). I will also be keeping my phone on airplane mode when I’m not using the data connection – this will conserve battery as the device won’t be continually searching for a connection, updates or notifications. You will be amazed how long the battery lasts! I’ll only have critical apps open and will turn off notifications for all others. All of this combined will mean I don’t have to worry about my battery, or indeed, stand in a long queue to get a one-charge cell from EE.

In short, mobile makes our life easier in all manner of scenarios, a festival is no different. So brave it this year and take your smartphone, and let the good times roll!