During April mental health and mindfulness apps were flying out the door with more than two million more downloads compared to January 2020.

This is according to data by Sensor Tower highlighting the impact of Covid-19 on the app economy. 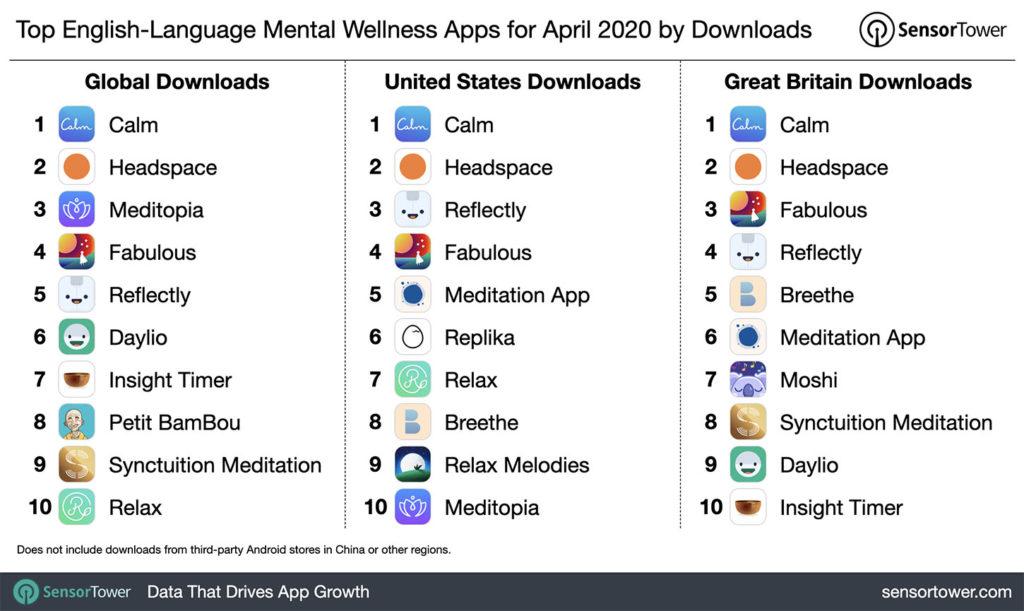 The top 10 mental health and mindfulness apps generated a whopping 10 million downloads in April, up 24% from January.

In the US, the top 10 meditation apps saw downloads jump 17.6% to 4 million during the spring months. Calm boosted installs by 30.7% month-over-month.

Synctuition Mediation was the fastest rising mental wellness app in the UK at a 39x boost in downloads to 44,000.